The districts only became very popular in 2013 when the mass transit systems had been completed and getting into Central Bangkok became easier. The Bang Sue and Chatuchak District Property saw the largest property developments during this period with both local and foreign buyers interested in investing in property in the area.

With soaring land prices in the area around the mass transit system the area has attracted many middle and upper middle class people into the area and with this came better shopping malls and medical services. This has been seen before across Bangkok when the MRT or BTS sky train system gets extended that land prices and property prices rise. Most notably has been property developments in Bang Chak and Udomsuk areas of Bangkok.

The first 3 years of development which occurred when the mass transit system was completed saw price increases in both land (going from 90,000 baht a square wah to 150,000 baht a square wah). Condo units at that time shot up from 1.62 million on average to 2.09 million for an average unit. The 2011/13 years saw a massive rollout of condominium units brought to market. This was shown when there was more that 75% above average units brought to market with the value being more than 100% above the average in price compared to before.

Fast forward till today and you notice that the property and real estate in the Chatuchak district has done very well from an investment point of view. The Chatuchak and Phra Khanong districts saw the highest increases in property prices in 2017. The average condo now goes for between 3-8 million baht and that makes up about 70% of the units in the area. You will note that the property doubled in value over the period between 2013 to 2017.

If you are still looking for value in the market in the Chatuchak District property area, then you might want to consider browsing around to find new developments in the area and also what might suit you financially. Many different stores have also opened over the years with more high-end and antique stores finding its way into the area.

If you are considering buying a condo in Thailand or a condominium unit in the Bang Sue or Chatuchak area, then speak to a property agent about what you are looking for. As a foreigner you will need to take legal advice from a property lawyer in Thailand about the rules and regulations with buying a condo in Thailand. There are limitations for foreign buyers and you will need to understand this before you sign any sales agreement.

The Chan Kasem District in Bangkok is where you… More Details

The Sena Nikhom district in Thailand is close to… More Details 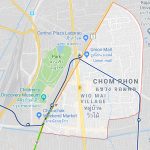 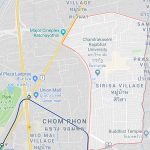